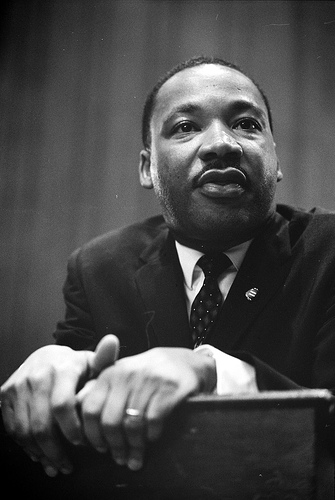 Fear is a Bitch

Found this on Tim Ferriss's website.  It's an inspiration quote from Dr. Martin Luther King Jr.

Too many people dream things they will never turn into reality.

I think it is because we want to feel safe in our comfort zones.  I know sometimes I don't "do what I want" either, and it usually spawns from fear.

Fear is a bitch, but being a wuss and not overcoming it is much worst:

“I say to you, this morning, that if you have never found something so dear and precious to you that you will die for it, then you aren’t fit to live.

You may be 38 years old, as I happen to be, and one day, some great opportunity stands before you and calls upon you to stand for some great principle, some great issue, some great cause. And you refuse to do it because you are afraid.

Well, you may go on and live until you are ninety, but you are just as dead at 38 as you would be at ninety.

And the cessation of breathing in your life is but the belated announcement of an earlier death of the spirit.

You died when you refused to stand up for right.

You died when you refused to stand up for truth.

You died when you refused to stand up for justice.”

From the sermon “But, If Not” delivered at Ebenezer Baptist Church on November 5, 1967

Ever since I started taking strength training seriously, I was bitten by the Iron Bug. Then it burrowed under my skin and laid eggs in my heart. Now those eggs are hatching and I... the feeling is indescribable. 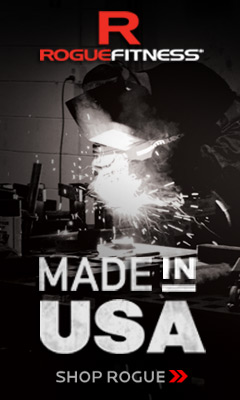